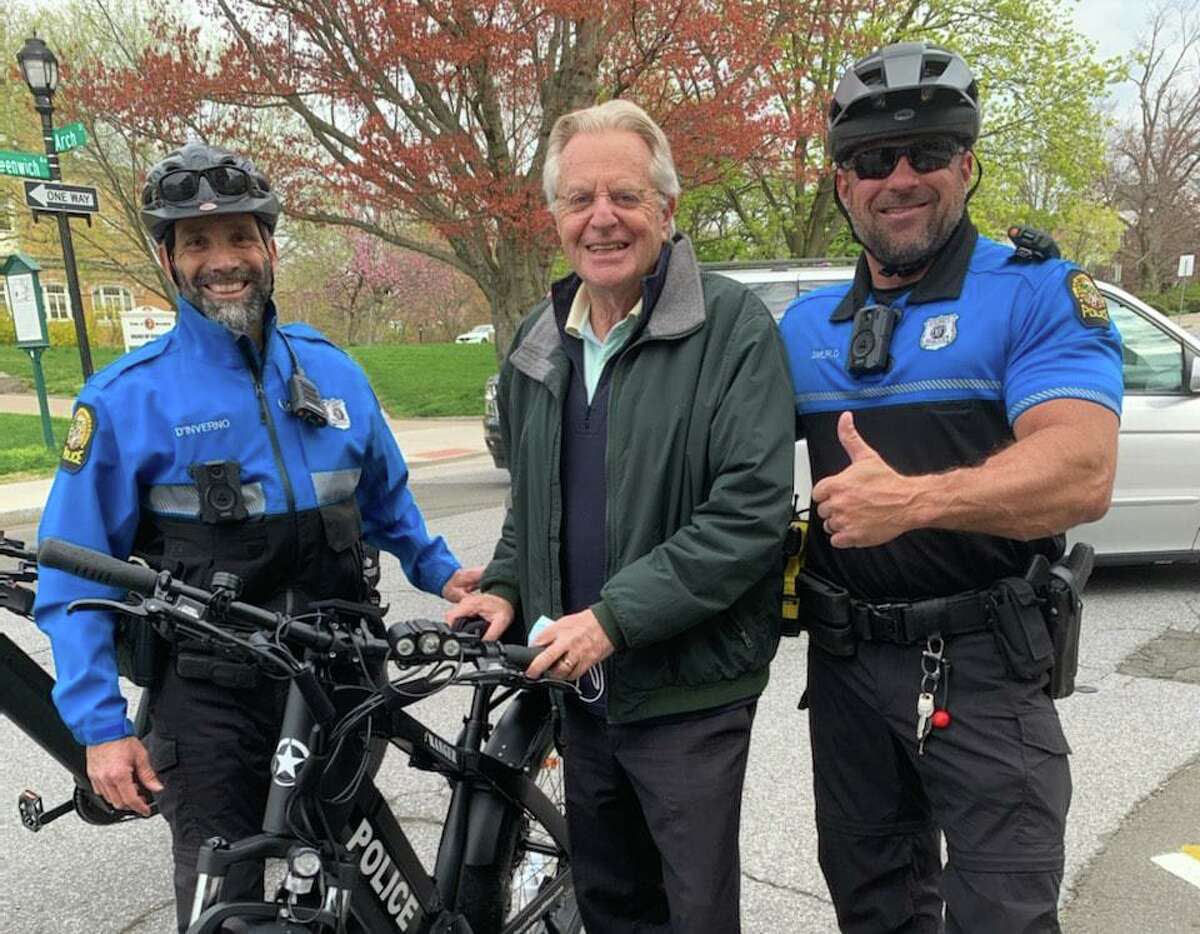 TV personality Jerry Springer, former host of “The Jerry Springer Show” who now stars on “Judge Jerry,” met up with two of Greenwich’s finest while they were out on their new electronic bikes on April 30. Greenwich Police Officers John D’Inverno and Robert Smurlo are part of the Greenwich Police Department’s community policing initiative, enabling them to interact with merchants, shoppers and the public on the Avenue and beyond. Read more. 
"The Real Housewives of New Jersey" were spotted filming in Norwalk Harbor on Sept. 23, 2020.

Fans of the "Real Housewives of New Jersey" may have noticed some familiar sites in the episode that aired on April 21 called "Sinking Ships." The cast took a trip out to Norwalk on Sept. 23 for a joy ride on the yacht belonging to Emily Liebert, the ghost writer for "housewives" Teresa Giudice and Margaret Josephs. Read more. 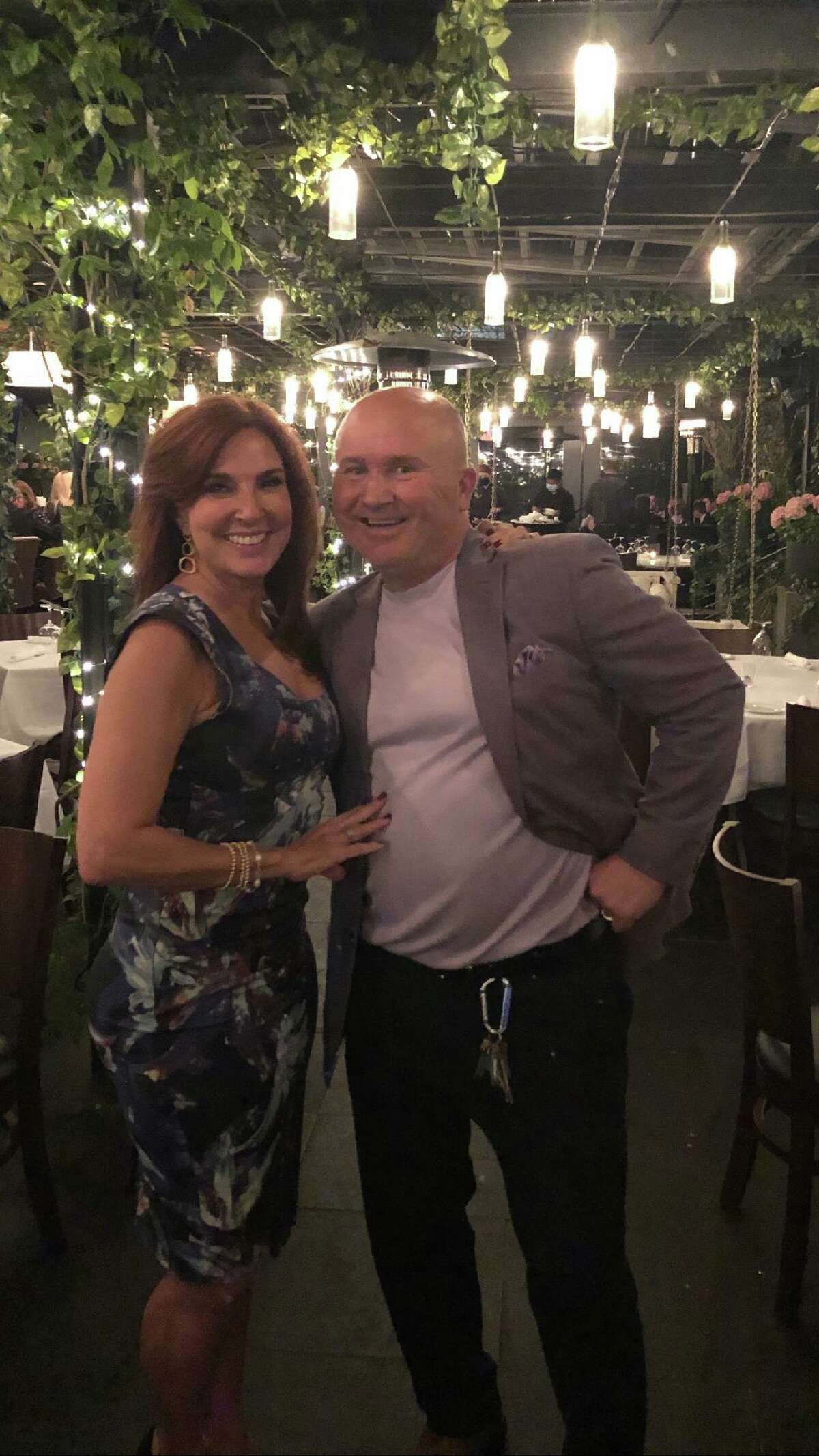 
TV Judge Marilyn Milian of ‘The People’s Court’ with Tony Capasso at Tony's at the JHouse in Riverside recently.

Daytime Emmy Award-winning judge Marilyn Milian was seen having dinner at Tony’s at the JHouse in Riverside. Milian presides over the American courtroom television series “The People’s Court” on WTIC Fox 61. Read more.

TV personality and business mogul Bethenny Frankel has put her Greenwich house on the market after doing some renovations. Frankel, who recently bought the house at 40 Pecksland Dr. last year, a spokesperson confirmed, has listed the house for $3,375,000 -  a $125,000 increase from its last listing price. Read more.


Actors Kevin Bacon (left) and Kyra Sedgwick (right) took a selfie with Tracy Longoria, owner of Aussakita Acres Farm in Manchester, Conn. on Tuesday, April 27, 2021. The actors selected two goats from the farm to join the two they purchased from the farm in 2020.

Two lucky goats will soon be getting a new — and famous — home. In April, actors Kevin Bacon and Kyra Sedgwick stopped by Aussakita Acres Farm in Manchester to not only play with some baby goats, but pick out two that will eventually be going home to their family farm in Sharon, Conn. Read more.

Learning to say ‘no’ for your mental health -...